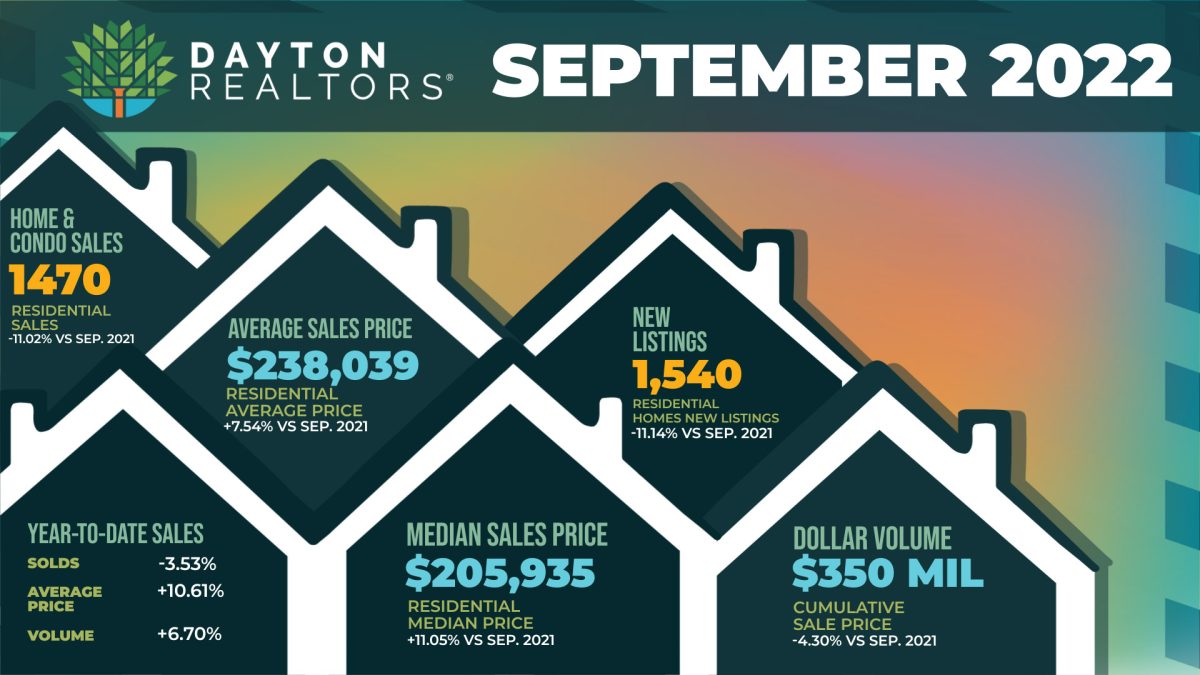 Single-family and condominium sales reported by Dayton Realtors’ Multiple Listing Service reached a sales volume of almost $350 million in September, four percent less than the sales volume that was reported during the same month in 2021. This coincides with a dip in home sales as the housing market reacts to the federal interest rate hikes that were put in place to help stem inflation. The number of sales dropped eleven percent with 1,470 transactions. The price of these transactions, as has been the case all year long, continued their climb. The average sales price increased seven percent to $238,039 and the median price increased eleven percent to $205,935.

Single-family and condominium listing entries totaled 1,540 in September, down eleven percent over September 2021. Listings through the nine-month period totaled 15,067, down three percent over the same 2021 time period.

The overall MLS inventory at month’s end showed 1,686 active properties available for sale, which translated to a supply of 1 months based on September’s resale rate. Last year at the same time the inventory was lower at 1,374 available listings, equaling a supply ratio of under one month.