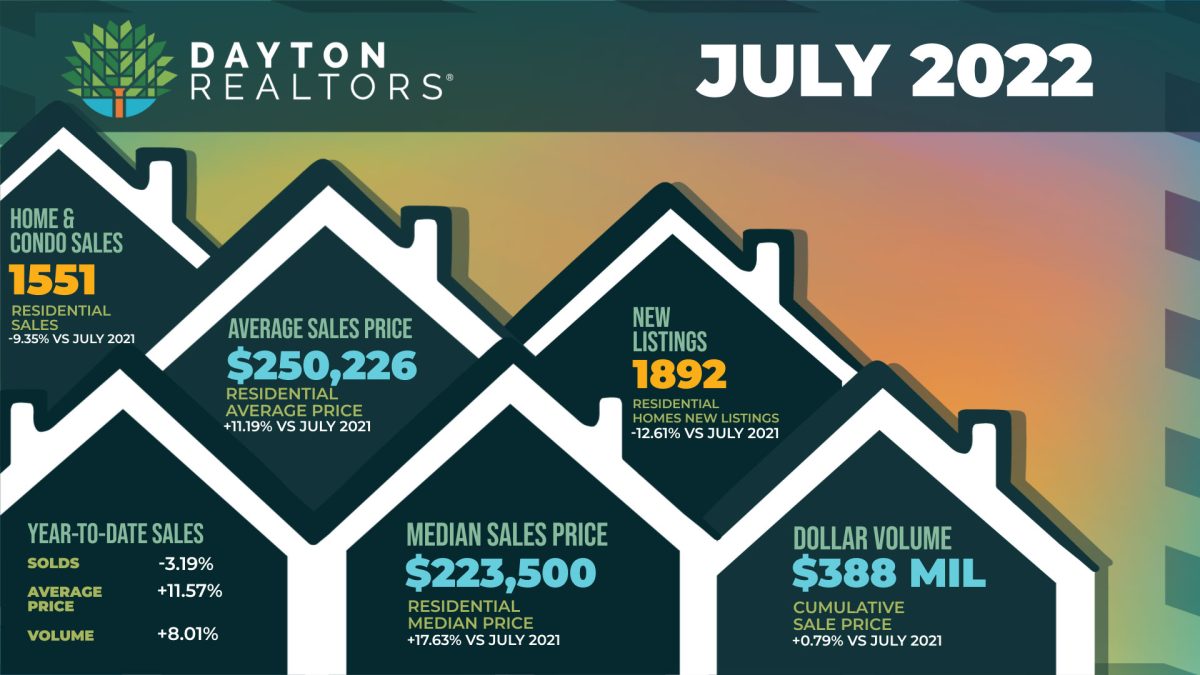 Sales of single-family and condominium units reported by Dayton REALTORS® in July saw more gains in sales prices, but the number of homes sold showed a slowdown for the month. July’s average sales price totaled $250,226, knocking last year’s figure out of the way by eleven percent. The median price also fared well at $223,500, up over seventeen percent from last year.

The 1,551 sales for July revealed a drop of over nine percent from last year, reflecting the overall tightening of the economy. These sales produced a cumulative sales volume of over $388 million, a small 0.79 percent increase from July 2021.

Listings submitted in the month of July also fell, with 1,892 entries, a twelve percent decrease from last July’s 2,165. For the January-July period, 11,786 listings were entered, relatively flat when compared to last year.