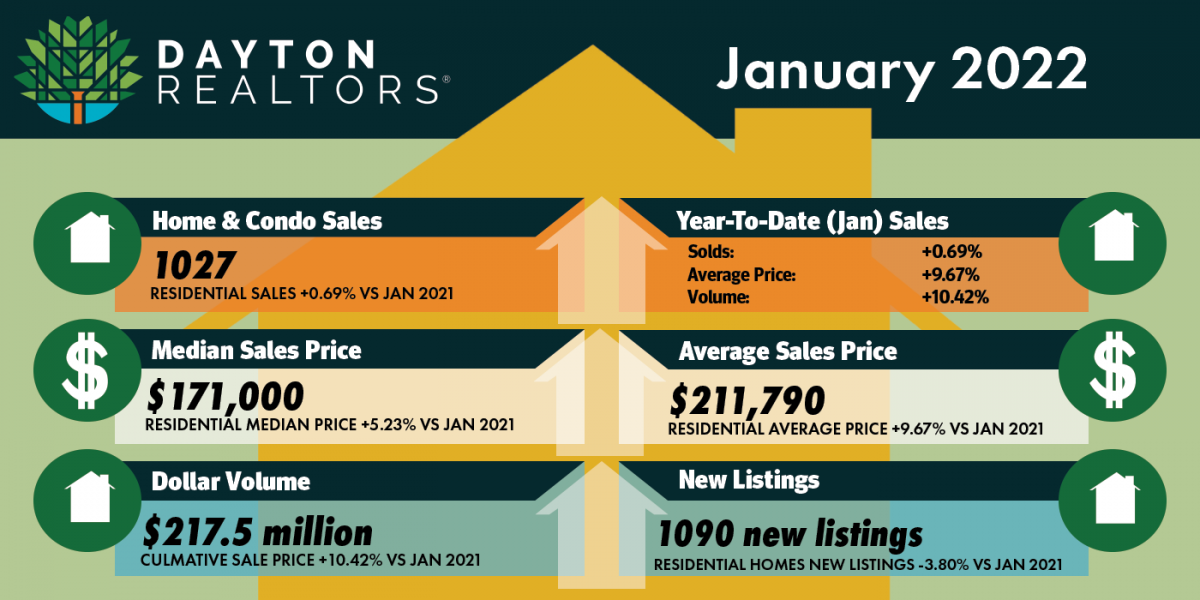 Sales of single-family homes and condominiums, as reported by Dayton REALTORS®, started off the new year in positive territory. 1,027 transactions were reported to the Multiple Listing Service in January, just inching out last year’s 1,020 sales, an increase of less than one percent.

Entries of single-family homes and condominiums during the first month of 2022 decreased 3.8% percent compared to last year, with 1,090 new listings added in January. Combined with the already low supply of available listings, January’s pace of sales was less than one month.