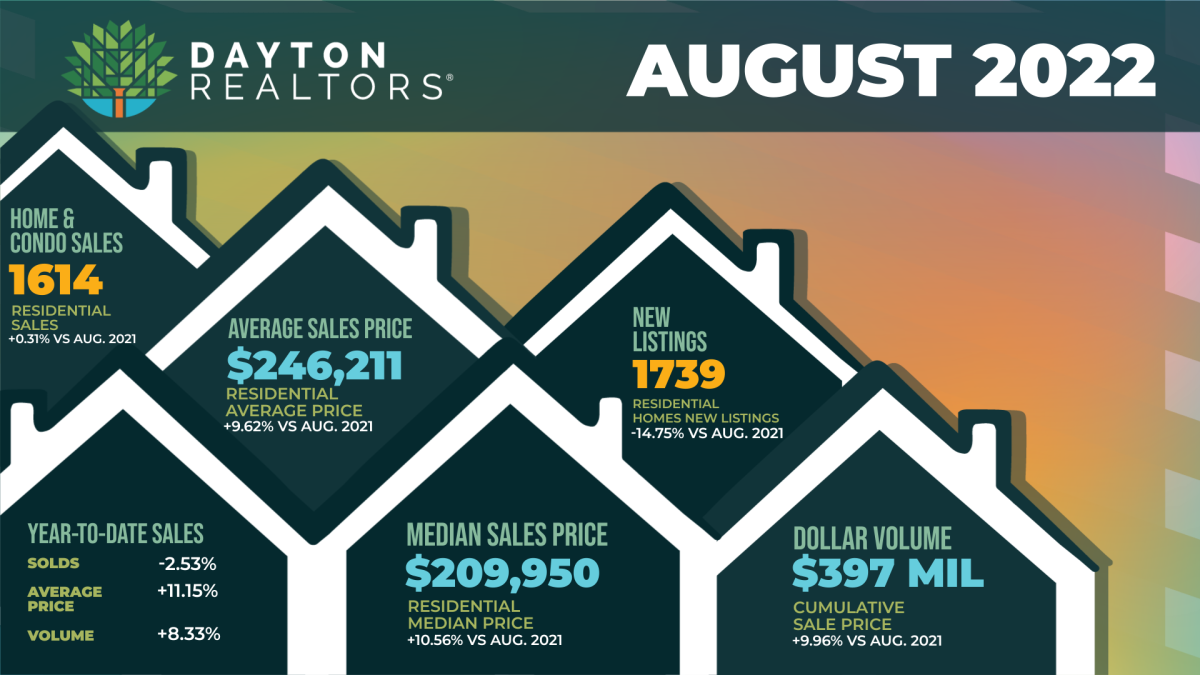 Sales of single-family and condominium units reported by Dayton Realtors in August found most of the numbers in positive territory. While the number of homes sold in the Miami Valley remained steady compared to last year, the average sales price continued its upward trajectory and hit $246,211, a jump of over nine percent from the previous August. Likewise, the median price saw an increase to $209,950, up over ten percent from last year.

The 1,614 sales for August produced a cumulative sales volume of over $397 million, a jump of ten percent from last year.

Year-to-date sales fell behind those of 2021, with the 11,047 sales decreasing 2.5 percent over last year’s figures. Tight inventory continued in the Dayton area as listings submitted in the month of August decreased fourteen percent from last year to 1,739 entries. For the January-August period, 13,525 listings were entered, down from last year by two percent.

The overall active MLS single-family and condominium inventory at the end of August stood at 1,642 and represented just a one month’s supply of listings based on August’s resale rate.