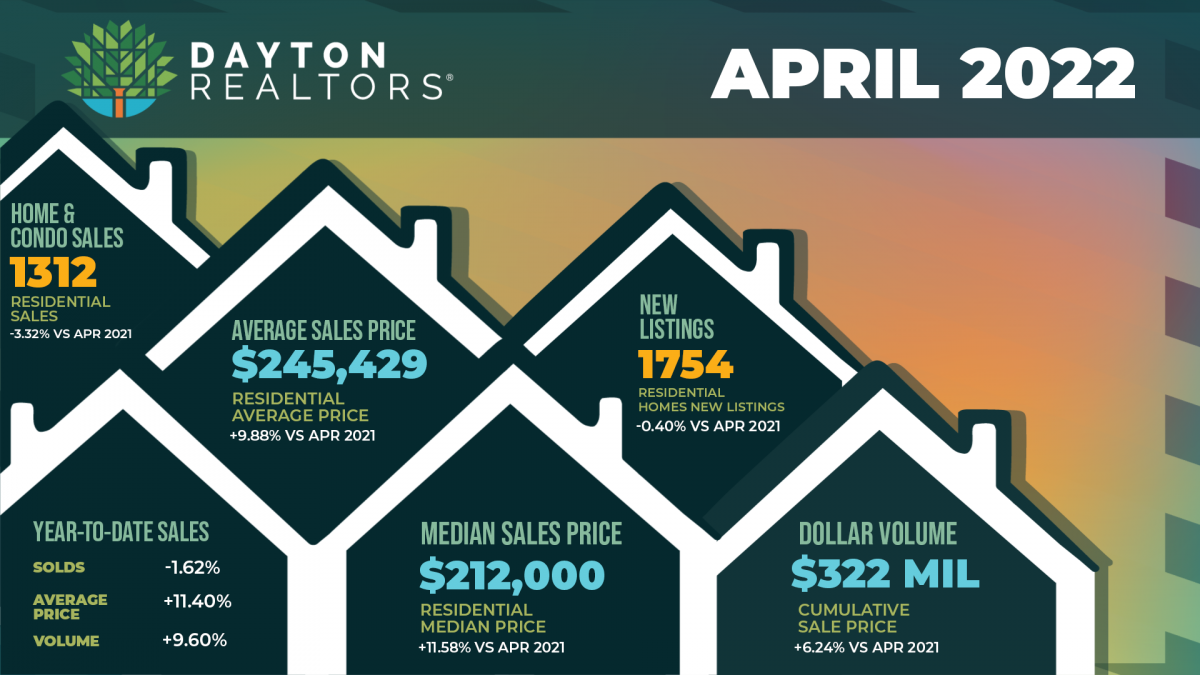 Modest gains continued to be made in April on home prices in the Dayton area, as reported by the Dayton REALTORS® Multiple Listing Service. The number of sales, however, dropped as compared to the figures in April 2021. The monthly numbers for single-family home and condominium sales in the Miami Valley dropped three percent with 1,312 sales reported, compared with the 1,357 sales last April. Sales volume generated by April’s activity totaled $322 million, a six percent increase from April 2021.

As we’ve been seeing over the past year, prices continued a significant upward trend, with the average price improving nearly ten percent to $245,429 and the median price increasing eleven percent to $212,000.

There were 1,754 new listings added in April, down less than one percent from last year, while year-to-date listings tallied 5,682, a one percent increase from the 5,633 submitted through April last year.

The overall number of single-family homes and condominiums available in the MLS stood at just 945 at month’s end, which represented a supply of less than one month, based on April’s pace of sales.