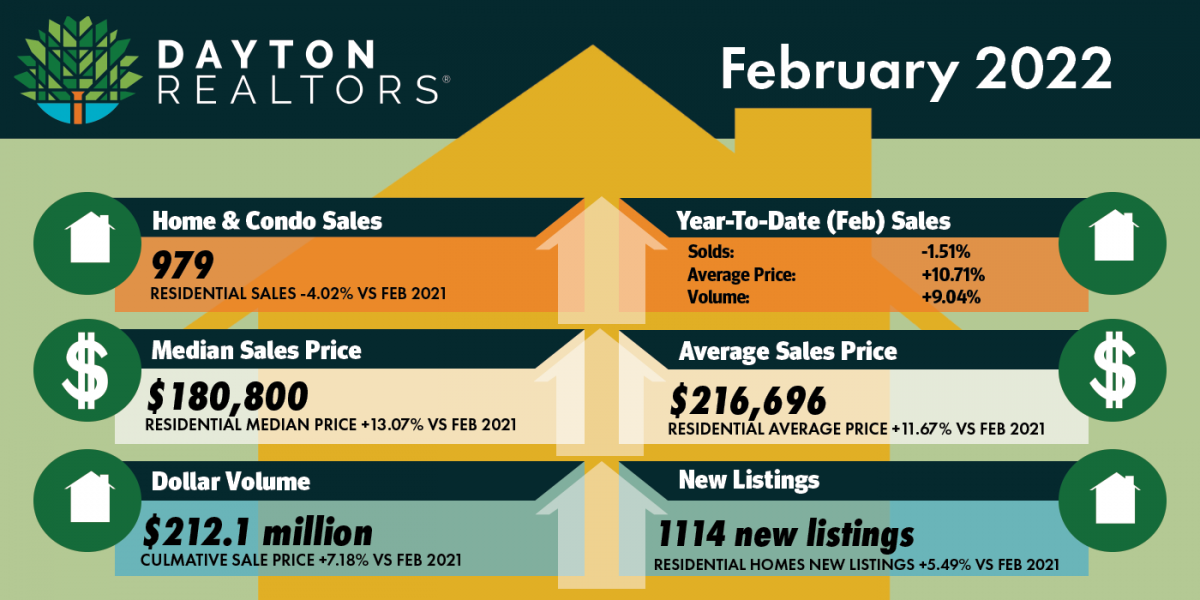 The sales in February produced a cumulative sales volume of $212 million, a jump of over seven percent from last year.

February’s showing also impacted the year-to-date sales numbers. The January-February average sales price was up ten percent from last year to $214,235, while the median price also jumped ten percent to $176,000. The cumulative sales price leaped ahead by nine percent to $432.5 million while the number of sales saw a one percent decrease to 2,019.

Tight inventory continued in the Dayton area contributing to the lower number of sales, but listings submitted in the month of February showed at least a hope for more homes on the market. Listings increased five percent to 1,114 entries. For the January-February period, 2,204 listings were entered, up just a few units from last year’s 2,190 listings.

The overall active MLS single-family and condominium inventory of available listings at the end of February stood at just 670 and represented less than one month’s supply of listings based on February’s resale rate.